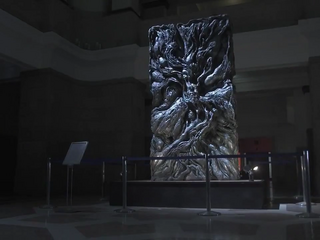 Ady Slate Horrors refers to nine special Horrors used by Makai Priests in the foundation of Eyrith's sealing. Unlike common Horrors, because they originally part of Eyrith herself before becoming their own entities as result of separation by Makai Priest who combat them in the past (with one of them carry Eyrith's seed form), their personalities are dominant over their human hosts to the point where they won't recognize people the humans had known. They cannot be sealed within Makai Blades when vanquished and their essence congeals into stones. Because of this, Mayuri is sent by the Senate to seal these stones due her power to seal Horrors within her body, using them to reform the Ady Slate after Eyrith is defeated.

Aside distinct traits above, Ady Slate Horror's strength is on par with average Horrors.

In the past, Eyrith's destructive presence threatened the human world. Splitting her evil into nine Horrors which the used as foundation stones, a group of Makai Priests sealed her within the Ady Slate and buried it in secret. However, the Ady Slate was unearthed in the present day by archaeologists and became an archaeological relic in a museum. The slab stayed in the museu until Eiji Busujima snuck into the museum and broke the seal believing that Eyrith's bloomed state, the Makai Flower, could bring back his lover Akari.