KIA - Slain by Sword
Cervielle was a Horror that targeted women.

One night, Cervielle was found by Sword, who proceeded to fight the Horror with his bare hands as Cervielle tries to run. Unfortunately, Sword caught up to the Horror and threw him off the rooftop, hugging Cervielle tightly as they both land on a car, with only Sword surviving. 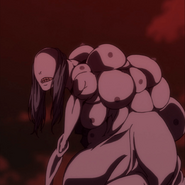 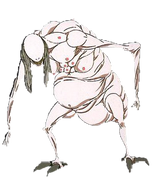