Garo is a Makai Armor that specializes in longsword combat. Whoever wields the armor shall take the title of Garo the Golden Knight (黄金騎士・牙狼（ガロ） Ōgon Kishi Garo, lit. "Fanged Wolf"). In VR-verse, the Armor of Garo is presented as the ultimate prize of the 100 player VR Death Game.

Basically, the armor retains the design from Original Series, though improvements made by Makai Order give it more futuristic appearance on the same vein with Anime Series one, particularly by the era of Vanishing Line. Like the latter, it gains electric blue meridians and matching eye along with futuristic appearance to boot, but its sharp teeth has since replaced with a mouth piece and the "mane" on the sides of the helmet replaced by ones that resemble bird-like wings akin to popular depiction of Valkyries'. Another differences include the obvious lack of Garo emblem on the hip (suggesting the armor's time limit and the risk of Lost Soul Beast transformation have been terminated by latest upgrades), the absence of arm blades, and the red triangle within its symbol had been replaced with blue diamond as shown in its Garoken. As indicated by its projection that destroys a Horror released during the conclusion of the first round, Garo Armor can perform Blazing Armament with green Madō Flames as with previous iterations.

Perhaps due to either Makai Priests' role in its creation or that of Heroic Spirits or both, the armor can only be wielded by those who truly have a strong desire to protect others in addition of possessing inner light that remains triumphant over the darkness. Despite his superior skill over his peers, Shousetsu was incapable of lifting the Garoken even an inch because he only cares about himself and his own dream to be the next Golden Knight. Kuon on the other hand, as he seek neither power nor becoming the new Garo yet possesses unmistakable sense of justice along with determination to stop further harm done by the VR Death Game, managed to lift the Garoken and even don the Armor on ease despite lack of Soul Metal training beforehand. Overall, Garo is a powerful Makai Armor that can only be wielded by a worthy protector.

Within this universe, bearers of Garo Armor had fought against darkness for a long time with the last Knight being the father of Kadō Azami. In his last fight as the Golden Knight, Azami's father and mother fought an epic yet hopeless fight during a disaster that occured once every 500 years. Although the Golden Knight sacrificed himself to vanquish the darkness, part of it managed to enter the still-developing Azami within his wife's womb. The Knight's wife died from the childbirth, leaving her under the care of a Makai Priestess named Kadō.

20 years prior to the events of Versus Road, the teenage Azami discovered Garo Armor's Soul Metal feeding on the remaining trainees' darkness and extracted some of them which accumulated into Dark Metal on her hand and used it to kill Kadō. She then introduced the might of Inga-forged alloy to the dejected Shousetsu when he was unable to lift Garoken, allowing him to kill Sugō and his female bodyguards along with the Armor's ability to produce more Inga to produce Dark Metal through its Soul Metal composition before left.

In the present day, as part of their plan to create a Dark Metal-forged armor, Azami and Shousetsu presented Garo as the prize in a VR game where 100 players or "Knight" will battle to the death to claim the title and armor. After succeeding on their ultimite goal, the Garo Armor had chosen Sena Kuon in order to defeat Shousetsu with the Veil Armor, summoning the Garoken before Kuon and directly prompting Kuon to draw it and summon Garo. Azami stating that Kuon was fated to live as the new Golden Knight after the battle's conclusion. However, he claims not to live for Garos sake but for him to just himself. It is unknown what will happen to the golden armor since Kuon left, leaving the Garoken behind, or if it will ever come to Kuon directly again. 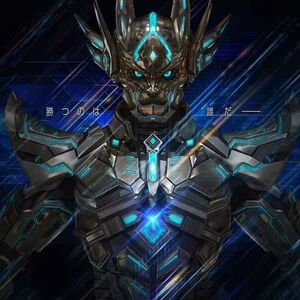 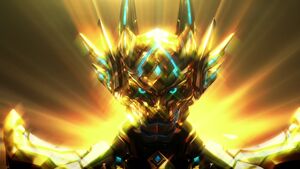 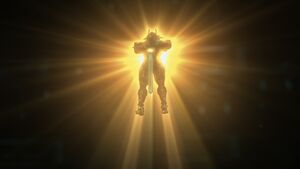 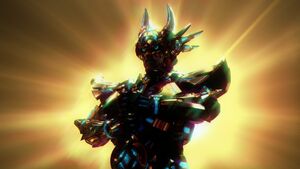 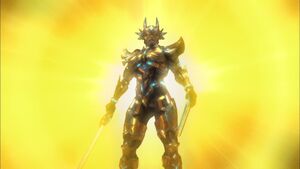 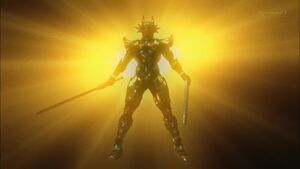 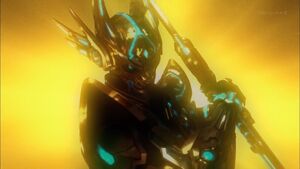 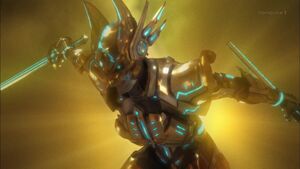 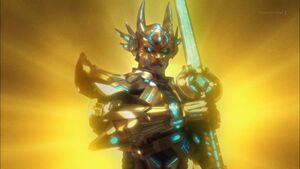 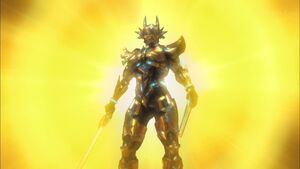 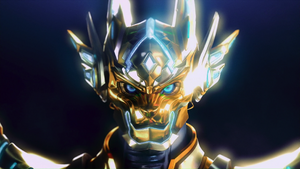 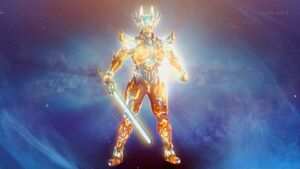 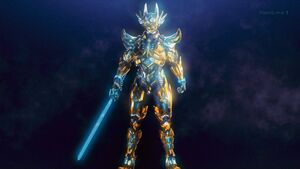 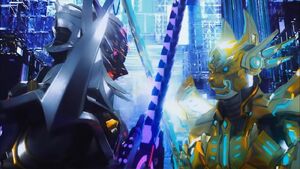 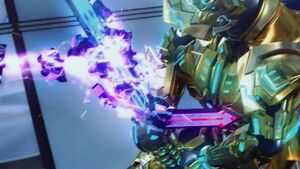 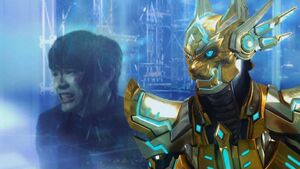 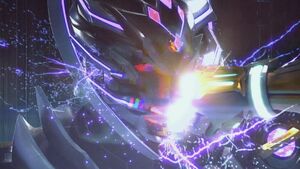 Retrieved from "https://garo.fandom.com/wiki/Garo_(Versus_Road_Armor)?oldid=19496"
Community content is available under CC-BY-SA unless otherwise noted.