Makai Armor is the armor forged for a Makai Knight to utilize in their war against the Horrors.

In the era of The Crimson Moon, Makai Armors can be rendered inaccessible through a special magic seal placed on Madōgu the armor associated with. This is evidenced by Raikou's inability to summon Garo when Seimei's seal on Zaruba is in effect. As with the era of The Carved Seal of Flames, some armors, such as that era's Garo, can emote to a certain degree. The Crimson Moon Era also revealed that some armors are more harmful to their users than the rest due to being cursed, this is shown with Tokiwaka's Armor, which reduced its user into a child for the rest of his life. 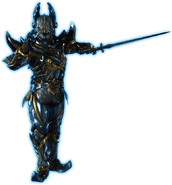 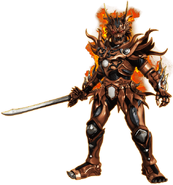 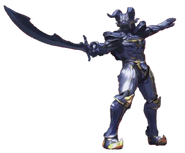 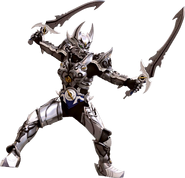 Ogha
Add a photo to this gallery 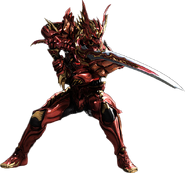 Roze
Add a photo to this gallery 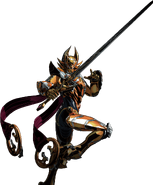 Zoro
Add a photo to this gallery

Hagane (Anime)
Add a photo to this gallery

Retrieved from "https://garo.fandom.com/wiki/Makai_Armor?oldid=18709"
Community content is available under CC-BY-SA unless otherwise noted.