Moloch was brought into the world by the morbid sadness of Miri Kamisugawa, a woman who killed six young men and collected their fingers after her pianist boyfriend committed suicide for being robbed of his dream. The Horror rapes/possesses her, using her intent to kill a remaining four men for their fingers while eating the rest. However, Garo kills Moloch with only the ring Miri got from her boyfriend remaining.

Eventually obtaining the ring, Yūki Kamisugawa learned of his daughter's death and was given Moloch's essence dagger and special bullets forged from other purified blades. Intent on getting revenge for his daughter, Yūki uses the bullets to create a pack of Horrors to help him kill Kouga. But after they are all killed, and is denied death because of his humanity, Yūki stabs himself and became Moloch's new host. However, Yūki feels the pain that his daughter suffered and has Garo end his misery before the demon fully consumes him. 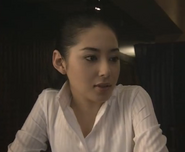 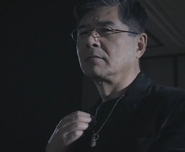