Back to page
View source

Hey guys, I think since Kuon won in the end, he's going to very likely become Garo in the final episode to fight against Azami and her Dark Metal Armor apparently called "Veil". If he does indeed become Garo, can someone please help update the page when that happens?

Just in case what I'm betting is true, here's a picture of Garo's helmet I just got from the preview also. 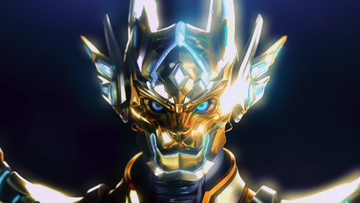 Kuon becomes Garo after all?

I think Kuon did indeed become Garo, looking at the pictures in this tweet containing screenshots from the final episode. But he also fought with his fists as Garo, not just the Garoken apparently.

Yep, the comments in this reddit post talking about Dark Knight Veil pretty much confirms it now. Kuon became Garo after all.