Wilhem Ragnvald (ウィルヘム・ランバルド, Ūiruhemu Ranbarudo), more commonly known in his alias Sword (ソード, Sōdo), is Garo the Golden Knight in Vanishing Line. He is searching for the meaning behind the phrase "El Dorado" and elects to remain in Russell City and hunt Horrors until the mystery is solved. Initially dismissive of Sophie despite her insistent nature in face of the dangers they face every day, Sword eventually warms up to her when she reveals her resourcefulness and spirit, finding that she reminds him of his own little sister, who died in a fire at her high school at some point in the past. He eventually, albeit somewhat reluctantly, decides to allow her to help with Horror hunting, finding her knack for gathering information on the internet useful.

Sword is a straightforward and happy-go-lucky, yet well-meaning man often described by others as an idiot due to his shoot-first-ask-questions-later attitude when dealing with Horrors. Despite actually being rather intelligent and perceptive, Sword is also reckless and impatient at times, which unfortunately ends up reinforcing his "idiot" image. He is also something of a pervert, solemnly giving thanks whenever he is pleased by the sight of a woman's breasts and is easily distracted by beautiful women.

Befitting his large, muscular frame, he has a seemingly bottomless appetite. His favorite food is steak, and he is often seen at his favorite diner when not on a mission.

Sword dresses practically and lives in a run-down apartment, in contrast to his other prominent Makai associates who are shown having more refined and expensive tastes. The apartment, as well as the Chinese restaurant it is located above, is owned by Feilong, who allows him to stay rent-free under the condition that he makes breakfast for the staff every morning.

Despite belonging to the secretive Makai Order, he cares little for maintaining secrecy or minimizing collateral damage, openly battling Horrors in highly visible and destructive ways regardless of his surroundings.

Sword's early days were covered in tragedy. He lost his father to Horrors and was survived by his little sister, Lizzy. Sword promised he'll become a great Golden Knight and worked hard to graduate to become Garo. However, before he could show his success, Lizzy was killed in an explosion. The company, Signa Slam Tech, was destroyed in an explosion, but the blast also destroyed the middle school adjacent to the building. Lizzy was a student there and was killed in the explosion. Angered and saddened by the death of his sister, Sword found out that her death is related to El Dorado. In his rage, he devoted himself to training. However, it was a rough transition as he experienced depression and anger issues. Through his journey though, he learned to find some degree of peace, but Lizzy continues to be on Sword's mind as he considers her someone to truly validate him as a knight and person. 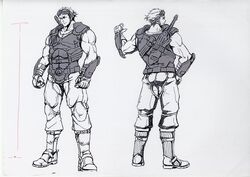 An early design of Sword sporting a more military outfit. 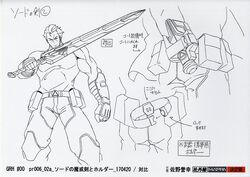 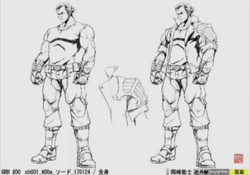 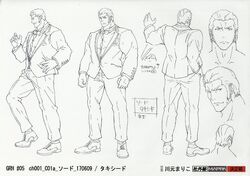 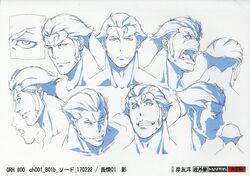 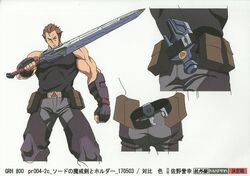 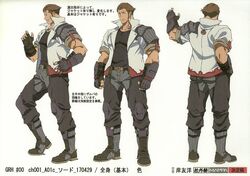 Retrieved from "https://garo.fandom.com/wiki/Wilhem_Ragnvald?oldid=18560"
Community content is available under CC-BY-SA unless otherwise noted.